The ultimate guide to season tickets for sports teams 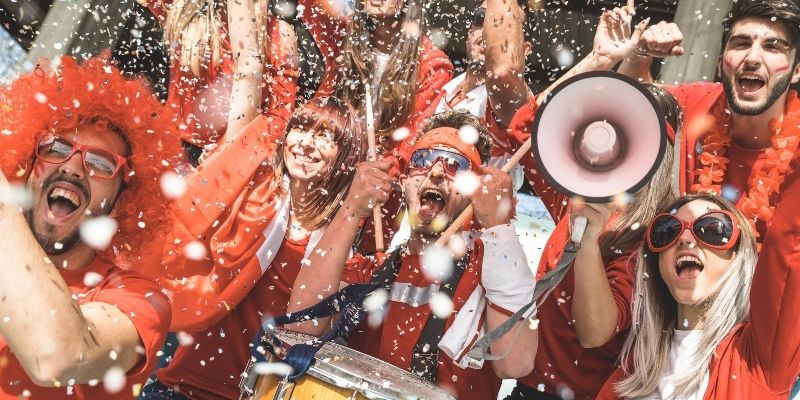 Season tickets activate superfans and help your team build a loyal following. They can also help you secure some guaranteed revenue so you’re not relying 100 percent on individual game sales throughout the season. If a fan decides to stay home because of a little rain, the revenue from their season pass has already been collected so your bottom line doesn’t suffer from the inclement weather.

It’s not just about the money. Fans love season passes, too. A season pass gives your most loyal supporters guaranteed entry to every match without the hassle of buying individual tickets. There’s also a VIP factor to season passes. Whipping out a real card – not just a paper ticket – with your name on it shows everyone around you that you are not just a casual fan. You are a devotee. An honored guest. Part of the family.

But season passes only work if they are easy both for you and for your fans. How do you set them up? What happens at the gate? How can you make sure the same pass isn’t being handed back through the line to four or five non-paying guests?

We’ve got the answers, along with some easy tips on how to make the most of season passes for your team.

What is a season pass?

A season pass, also called season tickets, grants the passholder access to every home game your team plays during the regular season. Some teams include playoff and championship games in their season passes, while others offer those games as optional add-ons.

Season tickets may include reserved seating, while others simply offer general admission to the games. The right option for you depends on your individual team’s needs. Do your games typically sell out? Is there a VIP or premium seating area? Fans may be willing to pay extra to sit in a section with better views of the field, or to have a reserved seat that belongs to them all season.

What are the benefits of season tickets?

In today’s busy world, no one likes having to pull out their credit card and stand in line at a ticket booth every time they visit your stadium. Especially if they attend all or most games during the season. A season pass let’s them skip all of that.

Even if fans are buying their tickets online, it can still be a hassle to have to select tickets and re-enter card information every time they want to purchase.

Season passholders are your team’s most loyal fans. And they want the world to know that. They might display their superfan status with apparel, but a physical card that displays their passholder status is the ultimate way to cement their status as a member of your team’s family.

Many season ticketholders keep their cards in their wallets, not just on game days, to remind themselves and everyone else that they’re a member of the club.

Especially if your games typically sell out, or if there’s a preferred seating area that’s always full, season tickets can give fans peace of mind knowing that they’ll not only be able to experience every game but they’ll also be able to secure their seats. Not just any seat: their seats. It removes stress and anxiety from the gameday experience and really let’s them enjoy the experience.

Season tickets often come with a discount: the pass costs less than what a fan would pay to buy those tickets at the gate for every game. Fans can often see a benefit to purchasing a season pass if they plan to attend several games, even if they know they probably won’t attend all of them.

That cost savings balances out for most teams because you get the money up front, before your season even begins. That capital can be used to cover pre-season costs.

Benefits for sports teams and events

Individual game sales trickle in throughout the season, and many teams don’t start seeing significant crowds until the end of the season (if they make the playoffs or compete for a championship). That’s tough on a growing franchise that’s trying to cover front-loaded costs like player compensation, staffing costs, and stadium maintenance.

Season tickets bring in revenue before your season starts, which helps to cover those costs and helps you plan for the season ahead.

In order to grow your fanbase, you need fan-evangelists who will tell their friends about your team and bring them to games. Season ticketholders are more likely to do this than any other type of fan – they’ve already secured their tickets, and may bring multiple different folks with them to games throughout the season. That helps introduce new fans to your team. Likewise, going to multiple games as a passholder helps fans feel more personally connected to your team and more likely to return in the future.

Fans love buying season passes as holiday gifts. Let’s set up your season tickets before the holidays get here!

How can my team sell MORE season passes?

Season passes can be one of the most important ways sports teams and events generate revenue each year. Who wouldn’t like to be selling more season passes? They come with a number of benefits both for the team and for fans.

Offering perks or incentives can help make your team’s season pass a hot commodity. Even if they don’t plan on attending every single match during a season, those exclusive benefits will make every fan want one. Here are a few low-cost or free perks you could offer your Season Passholders to bolster sales.

Another important way you can increase passholder retention season after season is by using the Subscriptions feature on Passage to create passes that automatically renew.

Why auto-renew? Simply put, it’s more convenient for fans and it can help boost your team’s bottom line, too. Click the button below to learn more about how Subscriptions by Passage work, or keep reading for details on the benefits and best practices.

Set-it-and-forget-it subscriptions are the ultimate convenience. You might be surprised how many fans fail to renew their season passes simply because they forgot or because life got busy. With auto-renewing passes, there’s no need to remember to complete a payment before their subscription expires. The system simply “remembers” for them.

Some percentage of fans might cancel their auto-renewals, but you’re likely to increase your passholder retention rate and decrease customer churn when you use this type of subscription plan. It’s so easy for fans to set it and forget it; they may be less likely to actively login and cancel than to continue their subscription when next season rolls around.

Auto-renewals can boost your bottom line and ensure fans stick with you season after season. That may mean less guesswork for your team when you’re budgeting for the upcoming year. If you can clearly see how many subscribers you have, or how many have already auto-renewed, you can better project revenue before the season even starts.

Cut back on the amount of time you spend every season setting up and administering a manual renewal process by making it automatic. With an auto-renewing plan, new games can simply be added to a fan’s subscription as you create them.

Auto-renewals give fans access to the benefits of a season pass on an ongoing basis. Especially if your team’s season passes typically sell out before the season begins, an auto-renew option gives current passholders peace of mind knowing that their seats are secured. Fans can always choose to cancel their subscription, or update payment information whenever they need to.

Want to learn more about Subscriptions by Passage or see how they work? Schedule a demo today, or set up an onboarding call: we’ll set everything up for you!

Need help setting up season passes, subscriptions, or any other feature for your team’s upcoming season? Schedule an onboarding call with our support team. We’ll set everything up for you!

How to set up Season Passes with Passage Sports

To kick things off, you’ll want to set up your season schedule by creating an Event for each match you plan to play. You’ll also want to set up a ticket, such as General Admission. (How do I do that?)

Once your matches are set up, head over to Bundles to create a Season Pass.

Click the “New Bundle” button, give it a name (e.g. Season Pass), a price, and a brief description. Then select “Add Item” next to Bundle Items below the description box. Select a ticket type such as “General Admission” from the drop-down list, and select a match. You’ll want to add every match in your season to the season pass.

You can set up your season passes on Passage in less than an hour. We’ll help you do it.

What if I don’t know our season schedule yet?

That’s ok! Create generic names for each of your anticipated matches, like Match 1, Match 2, Match 3, and insert any random date in the future for each match.

This becomes even easier if you’re using a subscription model. Games are simply added to all subscriber packages when they become available.

When you know which team you’re playing and the match date, you can update the event names and dates on your dashboard. Those will automatically sync with the season passes.

What happens when season passholders arrive at the gate?

We suggest using a plastic card with a scannable QR code printed on the back for season passes. When they arrive at a match, the passholder shows their card and a ticket scanner uses the Passage Manager app to scan the barcode on the back of the pass. A list of match dates will pop up on the app. The ticket scanner simply checks off the date for today’s match. And you’re in! It takes about two seconds.

Scanning the QR code ensures that the pass cannot be used again for that game. It also allows you to track which matches a given passholder attended, giving you industry-best tracking and data around match attendance.

You get access to their email addresses, too, so you can let passholders know when tickets go on sale for next season or send information about special opportunities during this season. All guest information is available on your Passage dashboard and can be downloaded to a CSV file or integrated with your email marketing software using Zapier.

Ready to set up season passes for your team? Schedule an onboarding call today! 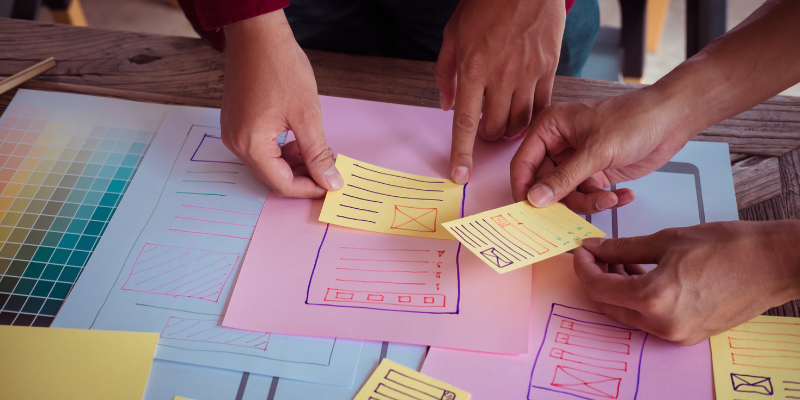 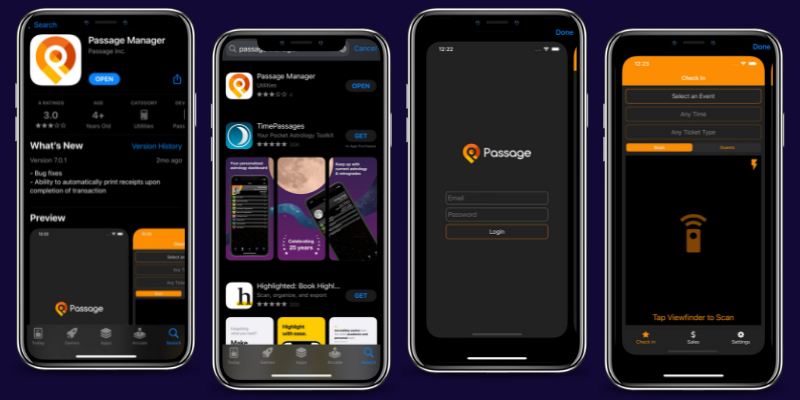 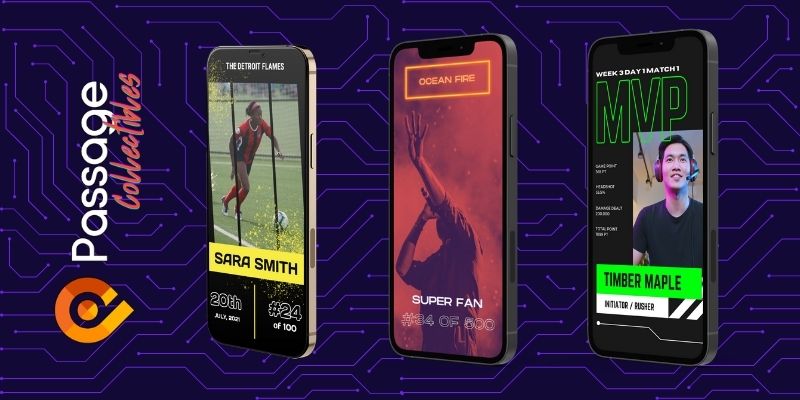 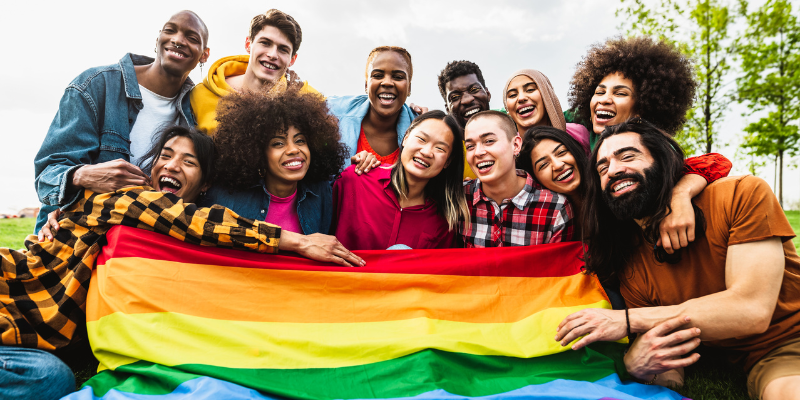 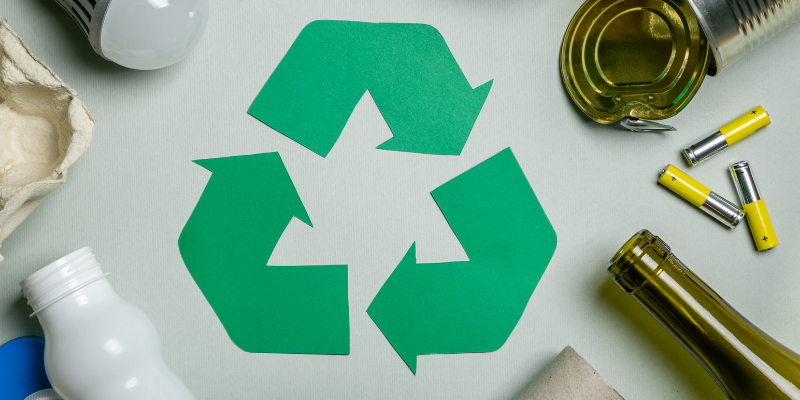